These are internal administrative documents consisting of an individual form per cadet and completed by them upon joining the RMC. Unfortunately, they do not survive as a continuous run, and neither do the earlier sheets contain as much information as later sheets. The earliest sheets (from 1915) contain full name, date of birth, religion, previous school, whether desirous of entering infantry or cavalry, home address, and the signature of the parent/guardian and cadet. The later sheets also include details of the cadet’s father and whether the cadet served in a school officer training corps (OTC). Years covered include, 1915 and 1918 to 1939 (except year 1937). 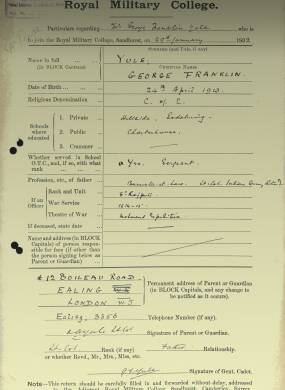 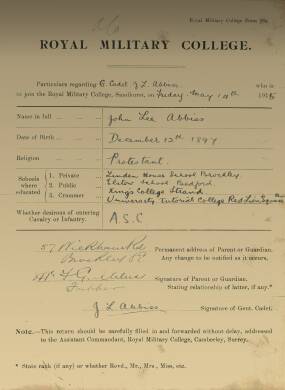 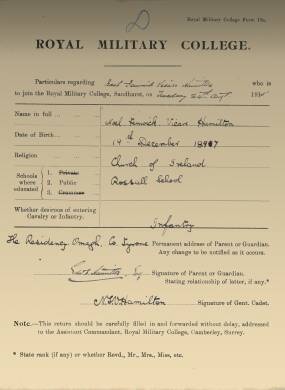 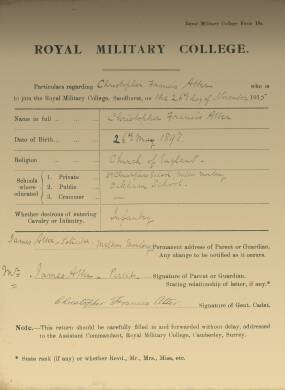 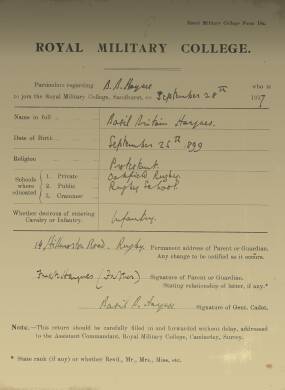 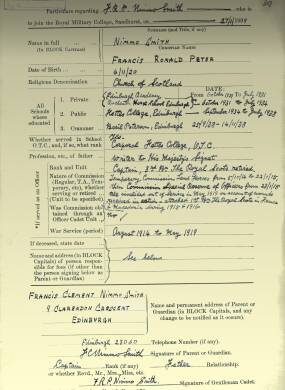 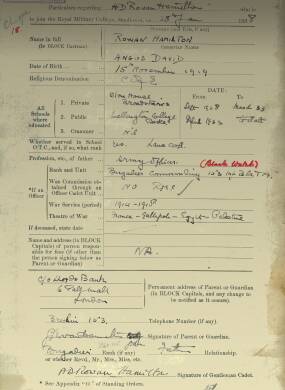 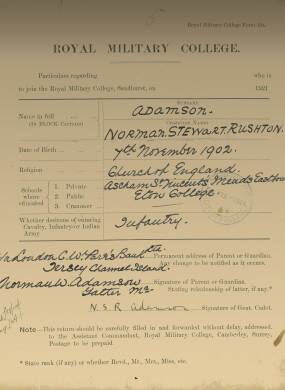 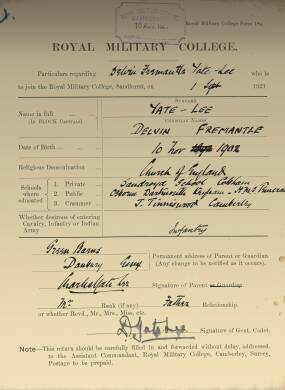 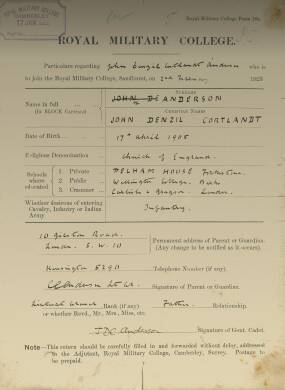 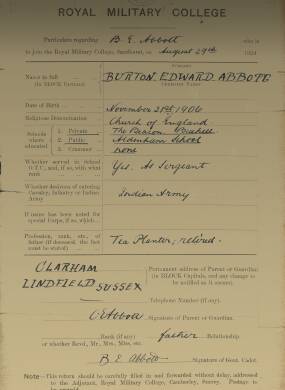 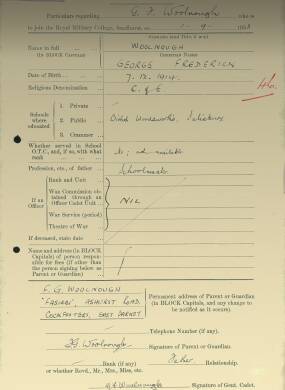 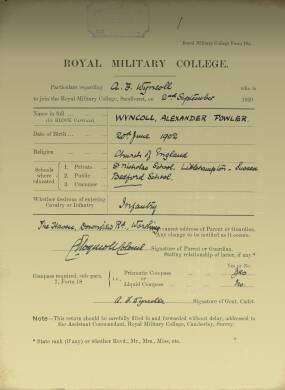 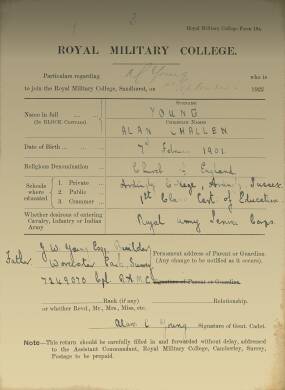 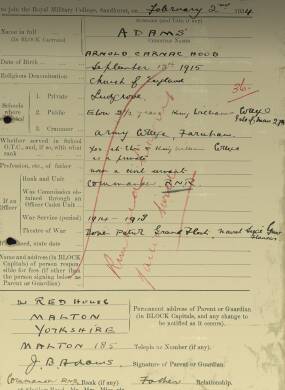 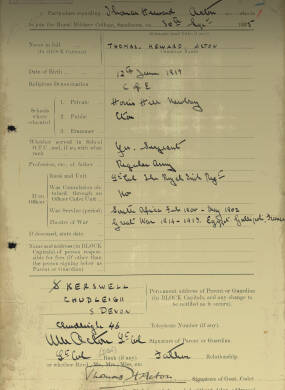